“. . . one of the best historical fiction works I’ve read in a long time, emotionally authentic, full of period detail, and beautifully written.” 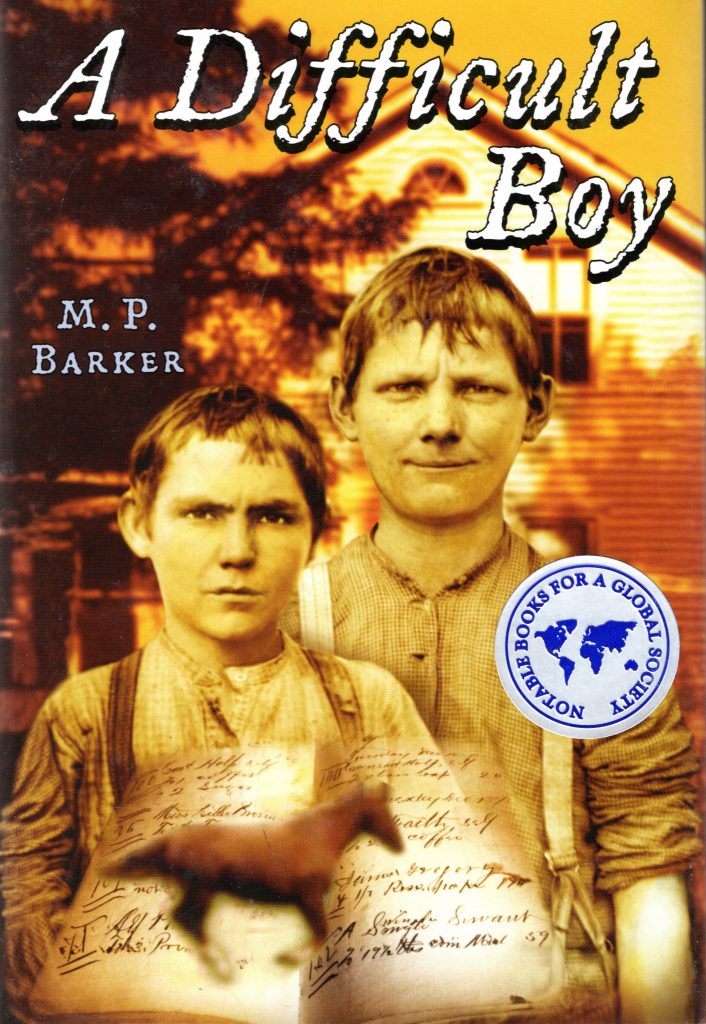 Farmington, Massachusetts, 1839. To help pay off his family’s debts, young Ethan Root must go to work for Mr. Lyman, the most powerful man in town. Ethan soon learns that his new home is full of secrets, and no one is more secretive than Daniel, the Irish indentured servant who’s put in charge of Ethan. A sullen sixteen-year-old, Daniel seems determined to make Ethan’s life miserable. The reason for Daniel’s surliness becomes clear when Ethan sees their master beat and humiliate the Irish boy. After Mr. Lyman treats Ethan the same way, Ethan realizes that he and Daniel must overcome their differences to survive.

The only bright spot in the boys’ life is Ivy, the beautiful chestnut mare that they take care of. Their shared love for Ivy breaks down the barriers between them. When Mr. Lyman threatens to get rid of the mare, the boys vow to stop him. If they want to save their beloved horse, they must uncover their tyrannical master’s secrets and take desperate action that could destroy them both.

Set in nineteenth-century New England, A Difficult Boy has been featured on numerous recommended reading lists and has received honors from literary, educational, and historical organizations. “Barker’s gift for historical detail illuminates this absorbing first novel, accurately portraying the pleasures and the harsh realities of 19th-century Massachusetts farm life . . . . Readers will like this book for its attention to heady issues like early prejudice against the Irish (Daniel is Irish) and the treatment of indentured servants . . . and for its satisfying and hopeful conclusion.” —Publishers Weekly

“. . . readers will cheer for the two charming, perseverant protagonists as they force a corrupt grown-up to face the music.” —Booklist

“This well-researched historical places the reader squarely in the world of a 19th-century rural community in New England. A former costumed historical interpreter and archivist, Barker has in-depth knowledge of daily life in this time period; she also possesses the skill to make these details tangible for her readers.” —Historical Novel Review

“The eloquently written survival story provides a historical context to the mistreatment of many immigrants due to their racial, ethnic and socioeconomic statuses.” —New England Reading Association Journal, 2010

“. . . a riveting historical novel, set in Massachusetts, which is a great read for older children and adults.” —Newburyport Public Library

“. . . a memorable tale of friendship and a fascinating glimpse into mid-19th-century Massachusetts . . . an eye-opening look at indentured servitude in American history.” —School Library Journal

“The boys’ changing relationship and how they come to bond penetrates the heart. The details give the story authenticity and texture. The middle of the story soars, where so many sag. The momentum lasts until the final page of the book. Wonderful.” —Children’s Literature Network