Here are a few helpful websites:  Old Sturbridge Village The Library of Congress U.S. History Primary Source Timeline Teacher Oz’s list of 19th-century weblinks US History Scene The Circus Historical Society has a great website with articles on circus history, first-person accounts, and pictures. Picturesque Hampden has a description of the Irish shanties that were… Read more »

You can find some of the music on the Internet. Here’s a list to get you started: Billy’s songs Near the beginning of the book, Billy sings a lullaby to Daniel after Mr. Stocking rescues him. Although the song isn’t named in the book, I imagine that it is “Táimse im Chodladh” (“I Am Sleeping,… Read more »

The cover was created by artist Richard Tuschman. A young actor/model posed for Daniel. Billy was played by the child of one of the artist’s friends. They did a photo shoot in Prospect Park in Brooklyn, and the artist developed the cover based on the photos from that shoot. The horse is named Lumpy, and… Read more »

In the 1830s, manufacturers of tinware in Connecticut would sell products through peddlers who traveled across the country. Peddlers might add things like brooms, sewing supplies, patent medicines, books, and dozens of other products to their wares, which they might obtain by trading with storekeepers or wholesalers. In Mending Horses, Mr. Stocking’s cousin Sophie is… Read more »

Well, technically it wasn’t legal to sell a child in New England in the 1830s. However, a parent could apprentice a child to a craftsperson or farmer, giving the master nearly complete control over the child under the apprenticeship agreement. This arrangement was also referred to as an indenture; hence such children were sometimes called… Read more »

In many New England towns in the 1830s, there were laws that either prohibited traveling performers, or levied heavy licensing fees. Shows like Mr. Chamberlain’s Peripatetic Museum sometimes called themselves an “exhibition” or a “museum,” or might emphasize the menagerie portion of the show in order to evade those laws. In spite of such laws,… Read more »

In the 1830s, circuses were just beginning to evolve into their present form. Circuses of the 18th century were primarily exhibitions of skilled horseback riding and didn’t tend to travel. Traveling acrobats, magicians, singers, and jugglers generally performed separately from such shows. Menageries also tended to be distinct entities; at first they were more like… Read more »

With the exception of Farmington, Massachusetts, and Chauncey, Connecticut, all the towns and villages mentioned in the book are real places. The people in the story are fictitious, except for the landlord at the inn in Springfield toward the end of book. There really was a Jeremy Warriner whose inn was famous for hospitality and… Read more »

Some of the background for Mending Horses came from work that I did as a costumed historical interpreter at Old Sturbridge Village, a living history museum in Massachusetts. There, I learned about the daily life of people in 19th-century New England. But working at OSV didn’t teach me about early 19th-century circuses, so I did… Read more »

When I started writing A Difficult Boy, I didn’t have a sequel in mind. But as I was editing the first book, I realized Daniel’s story wasn’t finished. I kept wondering what he would do and how he would manage in the world, especially since he’d spent most of his life being told what to… Read more » 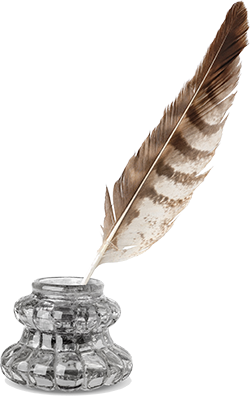